Valentine, Schmalentine. The Sainted Mare Was Not Pleased 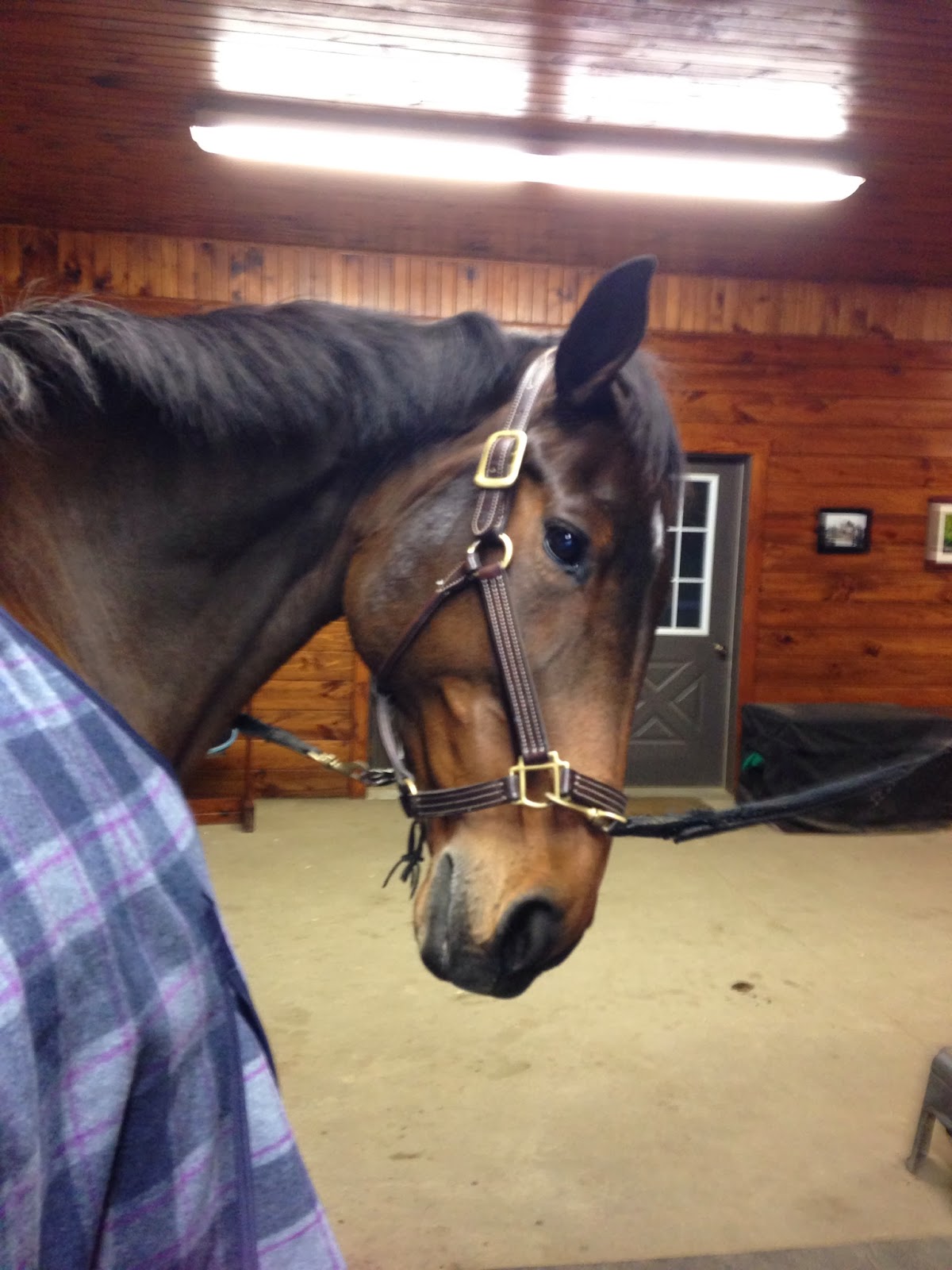 Someone is NOT pleased…

The Princess of Pulchritude’s rather long schnoz is a bit out of joint right now.  Seems a certain holiday went by with no message from her sweetheart.  No card, no flowers, mints, no hay bag.  Not even a text!

As you might surmise, the date in question was February 14th, aka Valentine’s Day.  Of course Sug got a plethora of treats from yours truly and the kids, but you know as well as I do that Valentine’s trinkets from a parent, no matter how thoughtful, are not the same as those that come from that special someone.

The Sainted Mare’s sweetie, Tucker the Wunderkind, has always been the model Valentine, showering Sug with sweet billet doux such as this: 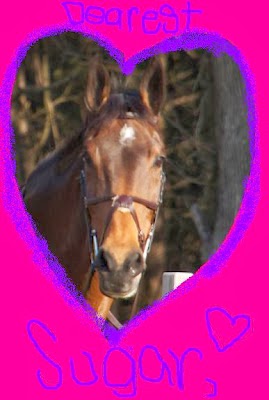 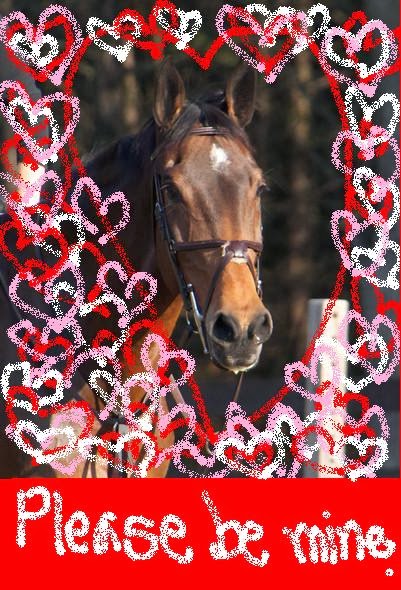 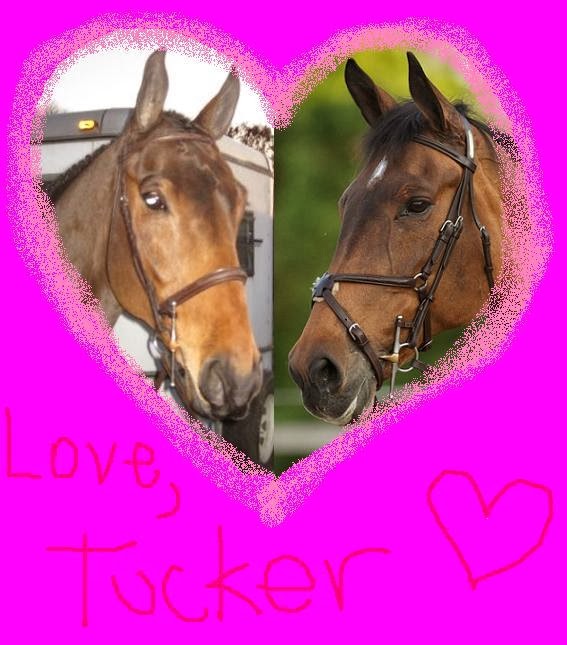 But this Valentine’s Day passed without any word from her swain.  I told Sug that her favorite bay gelding has been very busy lately.  He moved barns, he’s been training in a new discipline (dressage) and he recently did a clinic with Pierre St. Jacques, which must have put a lot of pressure on him.

I don’t think Sug was believing anything I was saying.   She normally doesn’t set much store in manufactured holidays and takes things like this in her stride, however I suspect darker forces are at work here.  February 14th isn’t the only special day in February – February 26th is a pretty important day, as it’s the anniversary of The Sainted Mare’s birth.  As she is turning 18 this year, I think she’s starting to worry about aging.  She recently asked me if I thought her tush wasn’t as tight as it used to be, and wondered if maybe we should do a little more collected work to firm things up a bit.  She also asked if the Eqyss Avocado Mist we use came in an anti-wrinkle/retinol version.

Sug is nothing if not a strong woman, however, and is determined not to let a little hiccup in the road of love get her down.  Just this morning she put a little more sway in her strut as we passed some of the geldings’ stalls on our way to the arena.

I told her she’s like a good red wine, and only gets better with age.